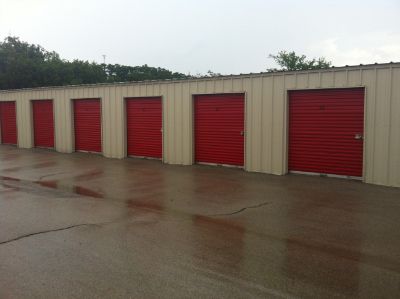 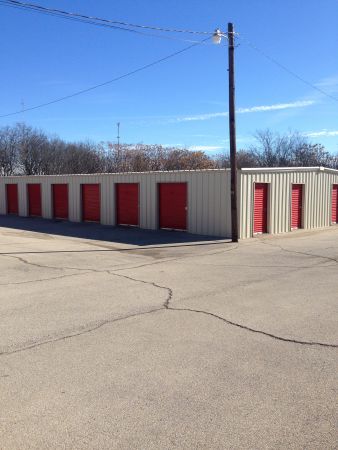 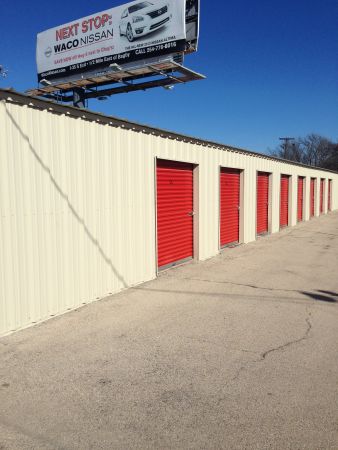 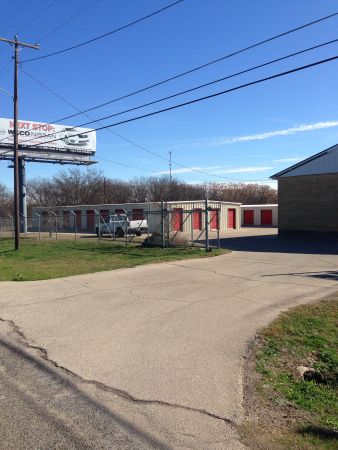 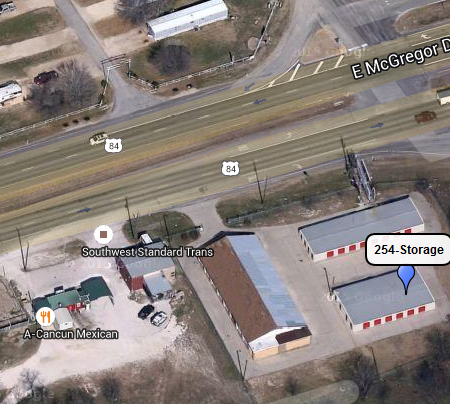 PLEASE NOTE: We will contact you after your reservation is made online to set up a time to complete out your reservation. You may also come into the main office during normal business hours. Our main office is located at: 308 N Industrial Waco, TX 76710 254-Storage - Gettysburg location is located just outside McGregor on the East bound side of Highway 84. Our facility is well secured with key entry and a fully fenced perimeter. Moving supplies are available for sale at our main office location. A $10 key deposit is required at the time of move-in and is refundable at the time of move-out (with key returned).

Ok, a bit over priced.

Nice storage and easy to access. The gate would be better if it had a Automatic gate open here you have to pull up get out of your vehicle and open the gate yourself also the pricing is a bit high but it is convenient

We were planning on giving this facility a 4 star review at the end of our lease. Unfortunately, I cannot do that with good conscience. Upon move in we requested auto pay. We were in the middle of a move, and with that there were a lot of things changing on a daily basis. I specifically asked for auto pay, because I knew with everything going on and two holidays in the first full month, that it would be difficult to remember to pay the bill. I figured set it up to auto draft, and I will be protected. I left that afternoon with the impression that my card number had been saved, and I would not need to worry about payment until I was ready to end the lease agreement. Apparently my card information was not saved, and it was not notated that I had requested auto pay. I did not learn this until I called to ask why I had not seen the payment process. At that time I was told that there would be a $20 late fee. This is extremely high, given that it is about a third of the rent itself. When I asked if there was any way it could be waived since I never got a late notice, and I was under the impression that it was ok auto pay, I was told that the owner does not do that unless you are there for more than 3 months. This bothered me, because once you have been there for 3 months, it would be much easier to remember your payment. Once the lady I spoke to (Mia) did ask the owner if they could make an exception, he said no because I had gotten a promotion. So because I was offered a promotion on a month of storage they were unwilling to waive the late fee. Furthermore I found out that there was a lock on my unit. So in addition to not letting you know when your bill is due, this company also does not notify you if they are locking you out of your unit. It is a shame that the owner had such terrible business practices. He is the sole reason for my review being so low. Summary: Go somewhere else.

Easy to get to. Spacious room for belongings. Paperwork and rental was very easy. I did mine online and got everything I needed all in the same day. The unit was full of dead crickets which was unpleasant but here in Central Texas that is a common find in September. Overall, I am happy we rented with 254 storage.

Called and got in a unit right away. Very friendly staff and manager.

Chose the unit has my son has one in same location. Have not had rodent or water issues. The facility is secure however a tenant or tenants are not securing the location when they leave placing all at risk. I am told management is aware of this as those individuals are on the security camera. Price is competitive. I enjoy the various payment methods the company will set up. I like the spacing as once can actually bring in a trailer with room to maneuver. For my purposes this is a three start facility. If the tenants would follow the rules with the gate it would be a four star easy.